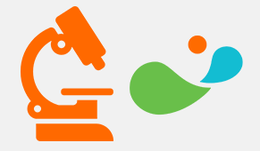 Before the launch of the Josep Carreras Leukaemia Research Institute (IJC), the José Carreras Foundation Against Leukaemia, along with the international headquarters in Germany, United States and Switzerland, had already provided more than € 200 millions for scientific research and infrastructure support, financing more than 1.000 projects.

The Josep Carreras Foundation in Germany has provided € 600,000 of financing for a collaborative project between the Programme for the Study of Malign Hemopathies (PETHEMA) and German Multicenter Trials (GMALL). This project, directed by Dr José Mª Ribera, Head of the Haematology Service at the Catalan Oncology Institute at the Clinical University in Frankfurt, was focussed on optimising therapies for acute lymphoblastic leukaemia, the most common form of the disease amongst children. This joint project was undertaken in more than 40 hospitals in Spain and more than 100 in Germany.

The Foundation also has provided funds for a clinical research professorship through its presence in the United States. The professorship was located in the Fred Hutchinson Cancer Research Centre in Seattle, was named Josep Carreras / E. Donnall Thomas, and had a value of US$1,000,000. Prof. Thomas was the world's first scientist to undertake a bone marrow transplant, a treatment which now saves thousands of leukaemia patients every year, and he headed the Josep Carreras Foundation in the United States until his death. His honourable efforts earned him the Nobel Prize in Physiology and Medicine in 1990.

Between 1993 and 2010 the Josep Carreras Foundation also awarded an annual scholarship for young researchers in Spain the amount of which, all the year, was €570,000.

The "Farreras Valentí Program" had born with the idea to promote and support the faculty in the field of haematology and as a consequence of the merger between the José Carreras Foundation against leukaemia and the Farreras Valentí Haematology School Foundation.