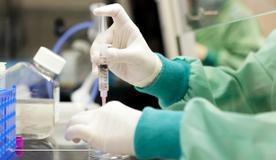 Josep Carreras raises more than three million euros for the fight against leukaemia in the 22nd TV Gala in Germany.

Over the last twenty years these televised Christmas Galas have managed to raise over 200 million euros, a sum that has been entirely devoted to scientific research and to the establishment and improvement of facilities aimed at improving patients' quality of life. More than 1,000 have been financed.