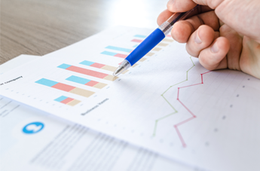 You can read our REDMO annual report 2021 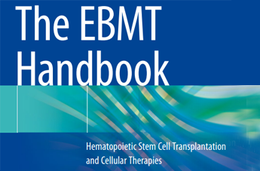 Until we find a compatible bone marrow donor for every patient, OUR FIGHT WILL ENDURE.

The Foundation created the Official Spanish Register of Bone Marrow Donors (REDMO) in 1991 to ensure that no leukaemia patient would be unable to receive a transplant because they did not have a compatible donor in their family. Only one in four patients who require a transplant has a donor in their family. For the remainder, the donation of bone marrow from a non-family donor is the only possibility of treatment.

Prior to the Foundation's creation of REDMO, Spanish patients were unable to access the registers of donors held by other developed Western countries. This clearly constituted a serious impediment to the treatment of a large number of patients.

The Foundation succeeded in establishing mechanisms for integrating international registers in Europe and North America which allowed patients and medical staff the possibility of accessing millions of donors who had already consented to offering a bone marrow donation in the event that it was required by a patient in any part of the world.

The full development of REDMO and its integration with the public service network of the National Health System was completed in 1994 with the signing of the first General Agreement between our organization and the Ministry of Health. A second General Agreement which revised the objectives and procedures of the partnership has been place since 2009 and takes into account scientific advances and legislative changes that have been introduced regarding the transplantation of tissues.

The Foundation has subscribed agreements to work together with all the Autonomous Communities in order to guarantee coordination promoting donation and that the search processes for non-family donors function correctly and allow patients to find a suitable donor.

REDMO works with more than 100 hospitals in Spain, including third level centres accredited for performing transplants of hematopoietic stem cells from bone marrow, peripheral blood or umbilical cord blood from non-family donors. These are currently the three sources from which the cells transplanted to the patient are obtained. Likewise, REDMO receives search requests for foreign patients through the same international registers.

Today, the Foundation's Spanish Register of Bone Marrow Donors currently holds over 400,000 categorized bone marrow donors and around 70,000 units of stored umbilical cord blood. REDMO is connected to the international network and has access to more than 37 million voluntary donors and more than 700,000 units of umbilical cord blood available throughout the world for each search.

REDMO is officially recognised as a tissue establishment, fulfilling all the requisites of the Master Agreement and the RDL 9-2014.

REDMO also follows the standards of the World Marrow Donor Association (WMDA). You can read them HERE

REDMO is accredited by the WMDA (World Marrow Donors Association) as it meets all of its quality standards (WMDA Qualification for adult volunteer donors and cord blood units based on compliance with all WMDA benchmark Standards).

More than 10,000 people around the world have been able to have a transplant because of searches we conduct every day from REDMO.