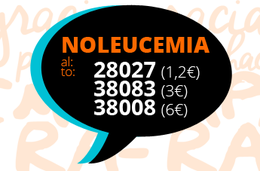 • Dr. Albert Oriol, a hematologist at the Catalan Institute of Oncology/Germans Trias i Pujol Hospital, and researcher at the Josep Carreras Leukaemia Research Institute, takes part in an international study to assess a promising combination of drugs in the treatment of multiple myeloma.

• Multiple myeloma is still an incurable disease, but progress made over the last ten years has led to a very considerable improvement in the range of available treatments to combat it. One of these promising drugs is called daratumumab.

• In Spain there are 40 new cases of multiple myelomaper million inhabitants each year.

Dr. Albert Oriol, a hematologist at the Catalan Institute of Oncology/Germans Trias i Pujol Hospital, and researcher at the Josep Carreras Leukaemia Research Institute (IJC) has, together with other international specialists, participate in a research project on the treatment for multiple myeloma (in Spanish). Dr. Albert Oriol's team is trying to find new combinations of drugs to prolong and improve the quality of patients' lives. Before chemotherapy the average period of survival for patients with multiple myeloma was but a few months, but with the introduction of new drugs, the prognosis has improved significantly.

Recently (October 2016), Dr. Albert Oriol participated in the publication of an important paper in the New England Journal of Medicine. The study involved 569 patients who had relapsed* after one or more previous treatments. The paper describes a 63% reduction in the risk of relapse when daratumumab is combined with another standard treatment for relapsed patients, such as with lenalidomide and dexamethasone. The combination of dexamethasone, lenalidomide and daratumumab increased the percentage of patients responding to new treatment from 60% to 93% and increased the percentage of patients achieving full remission from the disease from 20% to 43%. 83% of patients treated with a combination of the three drugs were free of the disease a year after treatment started, in comparison with 'only' 60% of those patients treated with lenalidomide and dexamethasone.

Daratumumab has been shown to combine perfectly well with commonly used drugs, improving their results without significantly increasing the levels of toxicity. Its use with other drugs is therefore also being explored, both for relapsed patients and for newly-diagnosed patients. Daratumumab's main unwanted side effects are infusion reactions (allergic reactions during intravenous administration, especially during the first doses, which can be reduced or avoided with appropriate prophylactic treatment), and neutropenia (a reduction in the number of white blood cells), which can also be avoided with techniques to stimulate their growth.

Multiple myeloma and research into the disease

Multiple myeloma affects almost 4 out of every 100,000 people each year; in Spain there are 2,000 new cases each year. It is a kind of blood cancer and is, at present, difficult to cure. Multiple myeloma mainly affects old people, half of patients are over the age of 65.

Multiple myeloma is treated with a combination of drugs specifically intended to treat this disease. Additionally, in the case of young patients, an autologous bone marrow transplant is usually performed. These measures can control the disease, but not cure it. Patients frequently relapse, meaning that they have to repeat the treatment or find alternative ones. As Dr. Albert Oriol explains, "The aim is to have the disease under control for the maximum length of time possible, without symptoms".

The disease's impact on patients' quality of life is very considerable. On one hand, the disease has a series of clinical manifestations: bone pain, which is difficult to control, kidney failure, and heightened susceptibility to infection and/or anaemia. On the other hand, given that the disease is, at present, incurable, controlling it requires prolonged treatment, often involving hospitalisation.

In developed countries the rate of mortality resulting from complications arising from multiple myeloma has decreased considerably in recent years thanks to the appearance of new treatments that make it possible to control the disease for long periods of time while, at the same time, maintaining a relatively good quality of life. The available drugs (bortezomib, carfilzomib, thalidomide and lenalidomide) are more effective when administered in combination over long periods of time. Unfortunately, they all have unwanted side effects and this can often prevent their combined administration or lead to treatment being prematurely interrupted.

The perfect drug for the treatment of multiple myeloma would, therefore, have few unwanted side effects, would act in combination with other drugs without increasing toxicity, and would lend itself to being administered comfortably over long periods of time. Monoclonal antibodies could be prime candidates to provide all these advantages. They are molecules that have been engineered to bind in a specific way to proteins on the surface of cancer cells. Depending on the characteristics of these surface proteins, the monoclonal antibody that binds to it can facilitate the immune system's attack on the cancer cell, can facilitate or strengthen the action of other drugs, and can even directly cause the death of the cancer cell. The development of monoclonal antibodies that bind to proteins found very specifically in cancer cells, but not in healthy cells, is an area of basic oncological research because, by specifically attacking malignant cells while respecting healthy cells, thereby producing few unwanted side effects, they could be the perfect answer. Furthermore, monoclonal antibodies have great potential for being administered without complications in combination with other drugs and over long periods of time. Until recently it was not possible to produce an antibody with these characteristics to attack myeloma cells.