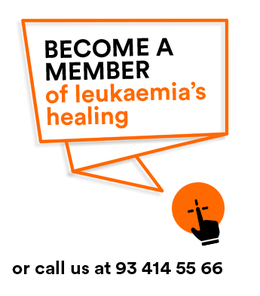 Thrombosis is the most serious and frequent complication in cancer patients. Apart from the cancer itself, it is the primary cause of death. Hence the importance of its study and prevention.

Dr. Souto's study group is investigating the causes of thrombosis, in particular, the genetic factors associated with it.

The aim is to try and establish a mathematical algorithm to see whether it is possible to predict each cancer patient's risk of succumbing to thrombosis, according to type of cancer, state of the disease, treatment used and genetic profile.

In 2000 this research group carried out the first worldwide study to investigate the genetic component of the disease thromboembolism among the general population. They discovered that more than 60% of thromboses bear a relation to patients' genetic makeup.

Knowing the genetic base therefore helps to determine who will, and who will not, succumb to thrombosis.

On the basis of this genetic certainty, the aim is to study the relationship between thrombosis and cancer in order to determine a cancer patient's profile of risk of presenting a thrombosis in both lymphomas and blood cancers.

We need to press ahead with the clinical project in order to devise a specific prevention and therapy for the treatment of patients with cancer and thrombosis.

This study will enable us to make progress with the mathematical modelling so as to have a clinical application. It is based on a total of 1,600 samples, 600 of which are from patients with cancer and thrombosis, which are being analysed at the Hospital de Sant Pau.

As a result of having such a wide range of samples it will be possible to obtain a detailed and world-leading study into the genetics of thrombosis in cancer patients.This will make it possible to construct a model for predicting the appearance of thrombosis.