You can inquire here about your doubts regarding leukaemia and other haemopthies on-line! 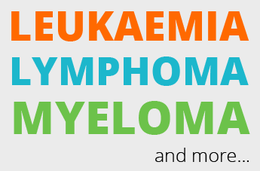 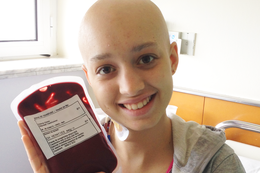 We will continue investigating until leukaemia, lymphomas and other malignant blood diseases are curable in all cases. Discover the testimonials of many patients who have overcome the disease or are fighting against it.

What are the blood cells?

In order to better understand this disease, it is necessary to know about blood cells and their functions.

Blood is made up by a liquid called plasma and three kinds of cell, each of which has a specific function.

White blood cells or leukocytes are the body's defence against infections and foreign bodies that might invade it. In order to defend the body properly there must be a sufficient number of white blood cells capable of providing an adequate response, arrive at the location where they are needed, and then destroy and digest the micro-organisms and harmful bodies. Like all blood cells, white blood cells are produced in the bone marrow. They are formed from precursors (stem cells) that mature until they become one of the five main types of white blood cell: the neutrophils, the lymphocytes, the monocytes, the eosinophils and the basophils. A person normally produces around 100,000 million white blood cells every day.

The platelets or thrombocytes collaborate in blood coagulation when there is bleeding from a blood vessel due to injury.

All the blood cells are the result of the differentiation and maturation of stem cells, also known as hematopoietic progenitors. In adults, stem cells are located in the bone marrow, a soft, spongy tissue found inside the bones.

Usually, blood cells are produced in an orderly way as the body needs them. Alterations in this balance is the cause of various diseases, some of which are due to the insufficient production of all the blood cells (bone marrow failure) or of a specific type of blood cell (erythroblastopenia, megakaryocytosis, agranulocytosis); others are caused by the production of cells that are incapable of carrying out their correct functions and in insufficient quantities (myelodysplastic syndrome) and finally, others are due to the production of cancerous cells in large quantities (leukaemias).